A strong global economy leads to an optimistic outlook

Up until the Summer of 2016 it was mostly negative views about the world economy that dominated market sentiment: many thought that the Chinese economy was going to decelerate abruptly sooner rather than later; the US economy seemed poised to enter recession because of the problems related to the energy sector; Brexit was seen as the first step that would end up leading to the collapse of the European Union; secular stagnation seemed to be the name of the game, meaning that the global economy appeared to be stuck in an equilibrium of very low growth and with aggregate demand remaining structurally weak and unable to create any kind of inflationary pressure…

But after that date everything began to look a little more upbeat: the world economy started to accelerate more clearly; the global cycle became more synchronized; international trade gained significant dynamism… When the market decided to turn more optimistic it was just reflecting what was increasingly obvious: one just needed to look at macro data to conclude that the world was doing much better than many had been saying. 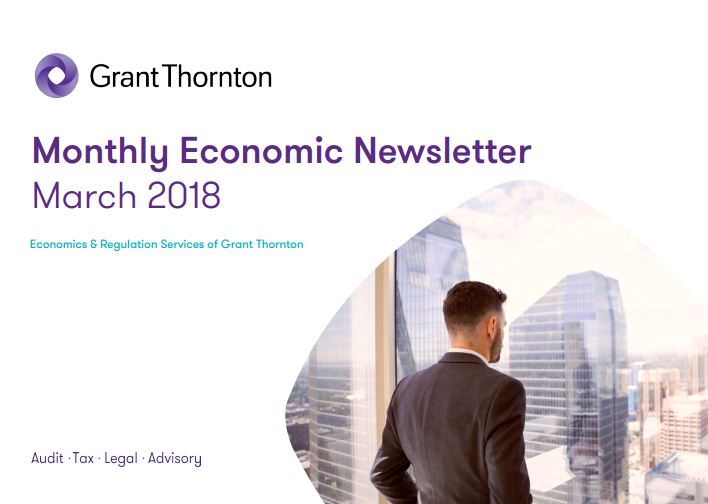 Accordingly, the market decided to leave the so called secular stagnation theory behind and embraced a new mantra: the (eternal) goldilocks economy. What this new “theory” basically says is that we are (yet again) in a new normal in which the world economy is able to grow at solid rates without ever generating any kind of inflationary pressure.

If this goldilocks scenario were to be possible it would obviously be something marvellous for everybody:  risky assets need to go up because the economy is doing so well; and  safe assets (specially long-term government bonds) should also increase in value because central banks will never be forced to increase interest rates in any significant way.

Regrettably the  view that the world can permanently grow above potential without generating any kind of wage and/or price pressures is contrary to common sense and also against a very basic economic “law”: the so-called scarcity principle. How does this scarcity principle apply to the current situation of the global economy? In at least two different yet complementary ways. On the one hand when an economy (in this case a planet) grows above potential, production factors (yes, labour too) become less easily available and this tends to put upward pressures on wages at some point in time.

The recent behaviour of salaries in the US, clearly pointing upward, together with the wage deal brokered in Germany by the biggest labour union (IG Metal), meaning labour compensation will grow close to 4% this year and next in this latter country, are good examples of what might lie ahead of us.  It is also very interesting to see in this respect what is going on in Eastern Europe, with many countries experiencing a situation in which unemployment is going clearly down while salaries are already growing at quite dynamic annual rates.

As far as prices are concerned it is also true that, as demand growth puts increasing pressure on supply, prices of goods and services will tend to rise, eventually. When one sees how consumer prices have behaved in the US of late it is difficult not to conclude that price pressures are becoming increasingly apparent (it is actually even more interesting to see how some components of the ISMs, backlogs of orders and delivery times  in particular, are showing signs that demand growth is clearly overwhelming the ability of supply to respond without creating prices pressures).

Some will say that, by expecting wage and prices pressures to go up as global spare capacity disappears, we are overlooking some structural factors that are nowadays playing a significant role in creating sustained deflationary pressures in the world economy. What about the Amazon effect, robotization and technological progress?   People asking these kinds of questions do have a point. It is quite obvious that companies like Amazon (by increasing competition, by enhancing the efficiency of distribution and by giving clients more information about prices) tend to put downward pressures on prices. And pretty much the same happens with things like robotization and technological progress, since they tend to significantly reduce production costs, with obvious effects on the way companies set their prices.

So what would be our answer to this kind of reasoning? First, we would say that it is important to bear in mind that neither has technological progress started today nor is the Amazon effect something entirely new in the history of mankind. With respect to the latter, for example, there are studies that show that the deflationary impact of the so-called Walmart effect in the nineties was actually bigger than the one Amazon is creating today (and back then nobody thought that central banks had lost their ability to create moderate inflation on a sustained basis). With respect to technological progress it should be enough to say that it started centuries ago (the Industrial Revolution back in the 18th century). In fact recent years have been characterized not by rapid productivity growth rates but rather the opposite (with productivity growth of course being the main way in which technological progress shows up in economic data).

Second, and no matter how optimistic one might be on the impact of these structural factors in curbing prices pressures, nobody should expect a situation in which these factors completely and permanently eliminate the effects of the already mentioned scarcity principle to be sustainable in the long term. As demand growth outpaces growth in supply and labour becomes increasingly scarce (and both things are already happening in an increasing number of countries) price and wage pressures are almost inevitable (even if not always immediate, specially after a very serious economic crisis like the Great Recession).

In the rest of this monthly commentary we will briefly go through a number of factors (beyond those already referred to above) that lead us to think that the market will progressively forget about the goldilocks economy and will rather come to conclude that a moderate global reflation scenario is far more likely.

Moreover we also think that people will end up accepting the fact that inflation risks are actually tilted to the upside, with the US in particular facing increasing overheating risks:

During 2017 several temporary factors exerted downward pressures on core CPI in the US (telecommunication prices were possibly the best known example of this). But, because of their very temporary nature, those factors will come out of the equation in the coming months and this will manifest itself in higher YoY core CPI rates going forward.

If the oil price remains around current levels this will generate a significantly positive base effect that will push headline inflation higher in the coming months (the base effect created by energy prices will be especially big around June).

Moreover the dollar’s weakness will also tend to generate inflationary pressures during 2018.

And, of course, fiscal policy in the US is set to become very expansionary and procyclical. This is obviously unwarranted and will contribute to excessive aggregate demand growth and, therefore, to further upward pressures on both wages and prices.

Although we still believe that the Fed will continue to act prudently by raising interest rates only gradually, the fact that fiscal policy has become so irresponsible in the US will make the life of the US monetary authority clearly tougher going forward. As things stand right now it seems quite likely that the Fed will be forced to progressively adopt a more hawkish tone, in order to fight inflationary pressures and also in order to prevent the dollar from depreciating too much (the fact that the trade deficit is quite high and that US public debt is on an unsustainable path are obviously negatives for the dollar).

Even if significant positive inflationary surprises are not to be expected in the Euro Area (at least in the very short term) it is becoming increasingly clear that the ECB has come to accept that the macro situation in our continent is a very positive one and that this forces the institution to progressively change its monetary stance. The end of the QE programme will very possibly be announced before June and we also think that the forward guidance regarding interest rates will need to be adapted. We do not think it is reasonable to expect the ECB to keep interest rates in negative territory deep into 2019 when it is quite clear that, by then, the unemployment rate in Europe will very possibly be below its long-term equilibrium level.

Labour is becoming increasingly scarce and this is forcing firms around the world to increase investment and to look for efficiency gains. This will very possibly lead to an acceleration in productivity, which in turn will tend to exert upward pressures on r*. At the same time risk aversion is clearly going down and this also calls for somewhat higher equilibrium real rates.

All in all, it is difficult to think that the move from a situation in which the market discounts an eternal Goldilocks scenario to another in which we begin to talk about reflation or even overheating risks will not have relevant effects on long-term rates. We prefer to think that the upward movements of long-term rates that we have seen in recent weeks are just the start of a movement which, perhaps with ups and downs, will bring us to long-term interest rates considerably higher than the ones that currently exist in the market.